Our incredibly unique property in Harvey Cedars – now reduced to the amazing price of $900,000!

Imagine building your new 3800 sq ft dream home on this 8,000+ sq foot lot surrounded by deep water on 3 sides, and overlooking the serene waters of Kinsey Cove! Here’s your chance to join the other lucky homeowners in this very special community. 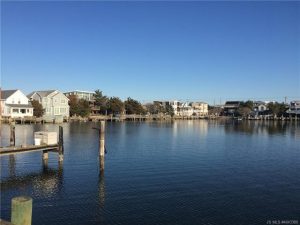 DID YOU KNOW….? Kinsey Cove has a rich history behind its namesake?

“Aggressive development with an eye to summer visitors and profits started in 1884, when Josiah Busby Kinsey (son of John Warner) and Isaac Lee each bought tracts in what was called High Point (87th Street to Sussex Avenue). Kinsey owned the land to about 78th Street and centered his development around his general store on the northeast corner of 78th and the Boulevard, and a yacht club on the bayfront at 78th — both still standing. He used his large expanse of bayfront property along Bay Terrace as a field for drying eelgrass. This seaweed was used for insulation, packing and mattresses, and was a well-developed industry in many coastal areas during the early part of the century. Kinsey’s name remains in Kinsey Cove.” -courtesy of www.harveycedars.org

For more information on the fascinating history of Harvey Cedars, check out this link on the Borough website: Harvey Cedars History

For more information about this wonderful waterfront lot call us today at 609-494-2300!

Posted in Uncategorized | Comments Off on UNIQUE WATERFRONT LOT IN HARVEY CEDARS!